While simultaneously reading the book, CEO Excellence: The Six Mindsets That Distinguish the Best Leaders from the Rest, and watching each of Dragonboat’s CPO Series webinars, I made a few valuable connections between how top-performing CEOs handle company resource allocation decisions and what chief product officers (CPO), or any CxO, can learn from these connections.

CEO Excellence, written by McKinsey & Company veterans, Carolyn Dewar, Scott Keller, and Vikram Malhotra lays out six mindsets that top-performing CEOs possess that other CEOs do not. In this blog post, I intend to focus on one of the six mindsets. This mindset is equally applicable to a CPO as it is to a CEO: the direction-setting mindset. After all, one of the core responsibilities of a CPO is to set direction for the company’s portfolio of products. And there is no better way to communicate the direction of a company or a portfolio of products than by communicating where resources will be allocated. High-performing CEOs know this.

Resource Allocation Puts the Money Where the Mouth is

Resource allocation is a direction-setting mindset that influences the entire company. This is because it is an act of putting the “money” where the “mouth” is. Doing so communicates three things to the organization:

For example, when a CEO says that the number one priority of the company is to expand into the EU, then hires a country executive to lead it, sets up a physical presence in a major EU city, and leads every company meeting with an EU progress update, people know what the priority is. They also understand what decisions to make in their areas. However, when a CEO says that new product development is a top priority, but does not add significant resources to R&D, people quickly see the lack of commitment. And as result, they might make decisions in their areas accordingly.

They lose confidence in the CEO.

In this article, I describe what I learned from how top-performing CEOs allocate resources, and what CPOs can learn from it too.

Lesson #1: Start with a Zero Base

In the resource allocation practice, the guiding principle is to act like an outsider. There is no better story to explain this idea than Andy Grove and Gordon Moore discussing the future of Intel, which was focusing on core products (memory chips) in a declining market. They asked themselves, “If we were kicked out of the company, what do you think the new CEO would do?”

That question gave Grove and Moore the freedom to answer, “We’d get out of the memory chip business immediately and shift to making microprocessors.”

The rest is history.

You and I might not be the co-founders of Intel, but we do have an opportunity at each planning cycle to ask ourselves a similar question.

Most traditional planning cycles start with last year’s budget and/or plan. From that baseline, we make decisions about what to add. As described in CEO Excellence, “[Annual planning] starts with last year’s budget or some other form of historical baseline (the ‘anchor’). We anchor ourselves to the past. This makes it difficult to break free and explore the question, “What would we do today if we started from scratch?”

Top-performing CEOs start with a zero base. Instead of anchoring themselves to last year’s plan, “no investment is taken as a given – every investment is scrutinized, alternatives explored, and approval justified by how it helps deliver against the company’s strategy and vision.”

The mindset is the same as Grove and Moore: If we started from scratch, what would we do?

Lesson for the Chief Product Officer:

What if the CPO brings her team together for annual planning and says, “Let’s start from scratch. It doesn’t matter if we are halfway through this 18-month data lake project. It doesn’t matter if we’ve already spent $800K building our own CDN. The mindset I’d like for today’s planning workshop is this, ‘With our current company goals in mind, what do we think we should do next?”

This doesn’t mean the team should actually scrap all current projects. It just gives the team the space to open up and innovate without being anchored to existing decisions. From a zero base, the product team can create a plan with innovation in mind.

Like top-performing CEOs, CPOs should set the stage with the team for starting with a zero base.

Lesson #2: Solve for the Whole

We are all out there advocating for our functions, making the case for the budgets, headcount, and technology we need to do the work we think is necessary. Everyone cannot get everything they want. It’s not possible. Or practical. Yet, as functional leaders, we create plans and request budgets for our functional areas.

Great CEOs are aware of this dynamic. They willf work to bring the team together during planning sessions with the goal of solving for the whole. There is an excellent story in CEO Excellence in which Lockheed Martin CEO, Marillyn Hewson, is quoted:

“We’re going to look at your investment plan from top to bottom. We’re going to put all the plans together, and we’re going to shave off the stuff at the bottom and we’re going to double down on the things that we all collectively know we need to go after as a corporation. And it may mean somebody gives something up over here. Or it may mean that somebody takes the lead over there. But if we don’t do that collectively as leaders of the corporation, as leaders of Lockheed Martin – not just leaders of Aeronautics, or Space, or Mission Systems – then we’re not going to be as strong as we can be as One Lockheed Martin.”

Why can’t CPOs do the same?

In the next planning meeting with all of the product managers in the room take what Marillyn Hewson said to her team, and modify it:

“We are going to look at each of your roadmaps and resource estimates from top to bottom. We’re going to put all the roadmaps together, look at the entire product portfolio, shave off stuff at the bottom, double down on things we all know we need to focus on. And it may mean somebody gives something up over here. Or it may mean that somebody takes the lead over there. But if we don’t do that collectively as product leaders in this company – not just leaders of Platform, or Mobile, or eCommerce – then we’re not going to be as strong as we can be as one company.”

I’d love to be in that meeting. Even if my product area got deprioritized.

Remember the reason why organizations create plans and budgets: to achieve stated goals or milestones. The trap that many of us fall into is thinking that we have to stick to our budgets and plans. Top performing CEOs don’t put this constraint on us. We put it on ourselves.

In CEO Excellence, Jamie Dimon, CEO of JPMorgan Chase confesses, “I get so frustrated with business leaders who say they didn’t make an investment because it wasn’t in their budget. You have to say, ‘I want to do X. I want to add branches, I want to go to the cloud. I need to be competitive.’ You want to spend $500 million? Recommend it. Show me why.”

CEOs like this don’t let annual budget cycles get in the way of pursuing goals and furthering the company’s mission. The best CEOs use performance milestones (revenue, costs, market share, etc.) to make capital reallocation decisions.

CPOs should use performance milestones to make resource allocation (and re-allocation) decisions.

CPOs should set target allocations for each company objective based on priorities, so the product team can plan accordingly. As results come in and/or events change, the team may need to adjust. The CPO needs to create an environment in which the product team can come to her and say, “What we are doing is not working. If we are going to achieve these two milestones, we need to try something new and move resources to do it.” The CPO cannot let the plan get in the way of pursuing goals.

Lesson #4: Kill as Much as you Create

The authors of CEO Excellence found that there is no difference in CEO performance between those that enter into new business areas (seed) and those who exit existing businesses (harvest). These are actually simple (not easy) decisions. The big difference is that the best CEOs spend nearly 3x the effort in nurturing and pruning their businesses in comparison to the rest of the CEOs. You might say, non top-performing CEOs allow existing businesses that are relatively successful to coast. Whereas, in contrast, top-performing CEOs focus on continuous improvement.

CPOs should focus much more of their allocation activities on existing product functionality. There are times when resources should be added to OR removed from products and features that are performing well. There are also times when CPOs should add to OR remove from products and features that are underperforming. These continuous planning decisions between nurturing and pruning are the real tough decisions and the ones CPOs should learn from high-performing CEOs.

During the Dragonboat CPO Series webinar, Trisha Price, CPO at Pendo, said she considers herself a CxO first, a CPO second. In another webinar in the series, Shelley Perry, managing director at Scalelogix Ventures and board director, told us that when CPOs deliver their section of a board pack, it should be delivered as part of the larger company performance narrative, not as a product update.

Of course, I thought. Why didn’t I think of that?

In order to succeed in the C-suite, CPOs need to stop thinking of themselves as product leaders. And instead think of themselves as CxO, who allocate resources to grow the company as a whole.

The first two steps in the Responsive Product Portfolio Management (Responsive PPM) product operating system are 1) setting goals; and 2) setting resource allocation targets. Goals set the stage for what a company wants to accomplish. Resource allocation targets are an expression of how the company will accomplish those goals. At the CPO level, allocating resources means setting targets for how the product team will estimate and assign resources to each of their respective roadmaps. CPOs and product operations teams can then look at the entire portfolio and make allocation decisions with the team to solve for the whole.

To learn more about the Responsive Product Portfolio Management (Responsive PPM) product operating system, visit our certification site and join our community. Or talk to us. 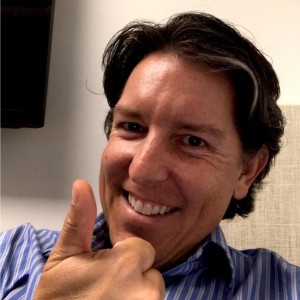 Power your team with Dragonboat The 4 Types of Bets Every Product Portfolio Needs This site uses cookies. Some of these cookies are essential, while others help us to improve your experience by providing insights into how the site is being used. For more information, please check our Privacy Policy. You can disable or remove cookies in your browser settings at any time. By clicking "Accept" or continuing to use this site, you consent to our use of cookies across the site.